Practical tips and tricks on programming for professional developers

Review of top 7 modern cyber attacks for IT security professionals 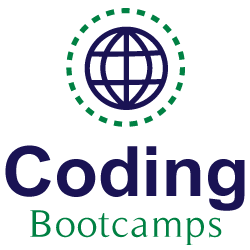 In this article, we first review the latest changes in the cybersecurity landscape followed by briefly discussing 7 modern cyber attacks such as Ransomware, WannaCry, NotPetya, etc. Specifically, we cover the following 7 cyber attacks:

In the new era of cyberspace, technology transformation has been a core factor for continuous security innovation and operations. In the world of connected vehicles, IoT, mobility, and the cloud, it opens up a focal point for cybercrime, targeted attacks, and industrial espionage. Once an attacker finds a vulnerability and determines how to access an application, they have everything they need to build an exploit for the application, and so it is critical to develop strong vulnerability management. Remember, the effectiveness of vulnerability management depends on the organization's ability to keep up with emerging security threats and models.


Security systems won't make an impact if employees are lured into clicking on a malicious link they were sent over email. Social engineering has proven to be an effective way to get inside a target network, and security forces face endless challenges in identifying malicious entry. Back in the old days, before Facebook and LinkedIn, if you needed to find information on organizations, you weren't going to get a lot information on the internet, and thus the use of social networking sites has made social engineering attacks easier to perform.

Ransomware is malware in which information on a victim's computer is encrypted and payment is demanded before granting them access. Ransomware is one of the most trending and high-return types of crimeware. It has attracted an enormous amount of media coverage in the recent years, mainly because of WannaCry, NotPetya, and Locky. WannaCry ransomware was spread rapidly across a number of systems worldwide in May 2017. It targeted several high-profile organizations including the UK's National Health Service, Spanish telephone giant Telefonica, French automobile leader Renault, US leading logistics company FedEx, Japanese firm Hitachi, and many more.

The ransomware author hosts the service over the dark web, which allows any buyer to create and modify the malware.

The dark web is a part of the internet that can't be fetched with a search engine but needs a special type of anonymity browser called Tor. In other words, the dark web carries unindexed data that's not available to search engines. The Tor browser basically routes the user information through a series of proxy servers that makes user identity unidentifiable and untraceable. Dark websites look similar to ordinary websites, but there are some differences in the naming structure. Dark websites don't have a top-level domain (TLD) such as .com or .net or .co; rather, they just use websites that end with .onion.

The monetization of Hacking

As per the cybersecurity business report, ransomware damage costs are predicted to hit 11.5 billion by 2019. There are several driving factors behind the growing operation of ransomware globally. To earn faster, cybercriminals have stopped making malware themselves and started leveraging Ransomware-as-a-service (RaaS), which is available over the dark web marketplace.

These marketplaces don't just reduce the effort for expert criminals, but they also allow non-technical criminals or script kiddies to conduct ransomware operations.

The attacker produces a ransomware program with a preconfigured timer that ensures the destruction of data if a ransom is not paid before the specified time. Attackers also share a payment procedure, which is mostly through a Bitcoin wallet (since a digital cryptocurrency wallet provides anonymity).

WannaCry attacks were the biggest ransomware attacks and occurred in May 2017. WannaCry made use of a vulnerability in the Windows OS, first identified by the NSA, and then made publicly available through Shadow Brokers. It was designed to exploit a vulnerability in Windows SMBv1 and SMBv2, so that one moves laterally within networks. By May 24, 2017, more than 200,000 computer systems were infected in 150 countries.

NotPetya is another flavor of ransomware attack, which was launched in June 2017. The NotPetya ransomware apparently resembles the Petya virus in several ways: it encrypts the file and shows a screen requesting Bitcoin to restore the files. The original infection method was backdoor planted in M.E.Doc (a leading Ukrainian accounting company's software). After compromising the system through the M.E.Doc software, NotPetya used tools such as EternalBlue and EternalRomance to spread across network. It also took advantage of a tool called Mimi Katz to find administration credentials in the compromised machine.

SimpleLocker was the first ransomware attack that did not affect any computer systems, but affected several mobile phones. The choice of OS that the hackers preferred was Android, and the origin of this ransomware was tracked to Eastern Europe. The Trojan was targeting SD cards slotted into tablets and handsets, automatically crawling the entire set to get certain files and then demanding cash to decrypt the data. The virus entered the devices through Google Play Store. Once installed, the virus would scan the affected device for various file types and encrypted those using an Advanced Encryption Standard (AES), changing the file extensions to .enc. It also used to collect various other information from the respective device, such as the IMEI number, device model, and manufacturer, and sent this to a C2 server. With the latest versions of this virus, hackers can even access the device camera and display a picture of the victims to scare them into paying the ransom. This threat is still lurking out there.

gamers. TeslaCrypt targeted and affected the ancillary files that are associated with video games. This contained saved game files, maps, any game-related downloadable content, and so on. The uniqueness of this ransomware was that the creators of this ransomware constantly improved the impact of the Trojan and filled the loopholes that were there while the attack was ongoing.

CryptoLocker is grand-scale ransomware, and is believed to have been first posted on the internet on September 5, 2013, cultivated through an email attachment and over the Gameover Zeus botnet. It exerted influence on systems running on Microsoft Windows, and was spread through malicious email attachments and used to encrypt certain types of files stored on the local and network drives of a user, using RSA encryption. CryptoLocker was removed in late May 2014 through the Tovar operation, which took down the Gameover Zeus botnet. It was reported that CryptoLocker successfully extorted more than $3 million from victims.

In 1989, a Trojan named PC Cyborg was discovered, which had the capability of hiding folders and then encrypting the name of the files in the C drive. The victim then had to pay $189 to the PC Cyborg corporation, which was registered at a Panama post office.

This article is written in collaboration with Rajneesh Gupta.

If you are interested in exploring more complex yet novel topics on blockchain security, you can read our below articles. If you are new to blockchain technology, taking our Intro to Blockchain Technology (self-paced) course is highly recommended.

Here is the list of our free webinars that are highly recommended:

Here is the list of our 10 free self-paced courses that are highly recommended:

If you like to learn more about Hyperledger Fabric, Hyperledger Sawtooth, Ethereum or Corda, taking the following self-paced classes is highly recommended:

If you want to master Hyperledger Fabric, Ethereum or Corda, taking the following live classes is highly recommended:

Articles and Tutorials on Blockchain Technology

If you like to learn more about blockchain, reading the following articles and tutorials is highly recommended:

Here we share new articles, tutorials and more on coding and technology.